Neofetch on the Raspberry Pi

A little while ago, I blogged about how to get the Model and Os Version of your Raspberry Pi.

Well I have found a better command line tool that does a whole lot more.

Its called neofetch. Its not striclty a specific tool for the Raspberry Pi but it is supported along with many version of linux operating systems and can also run on windows.

Open a Terminal window on your Pi and Type

Running on a Pi3 using Stretch shows the following 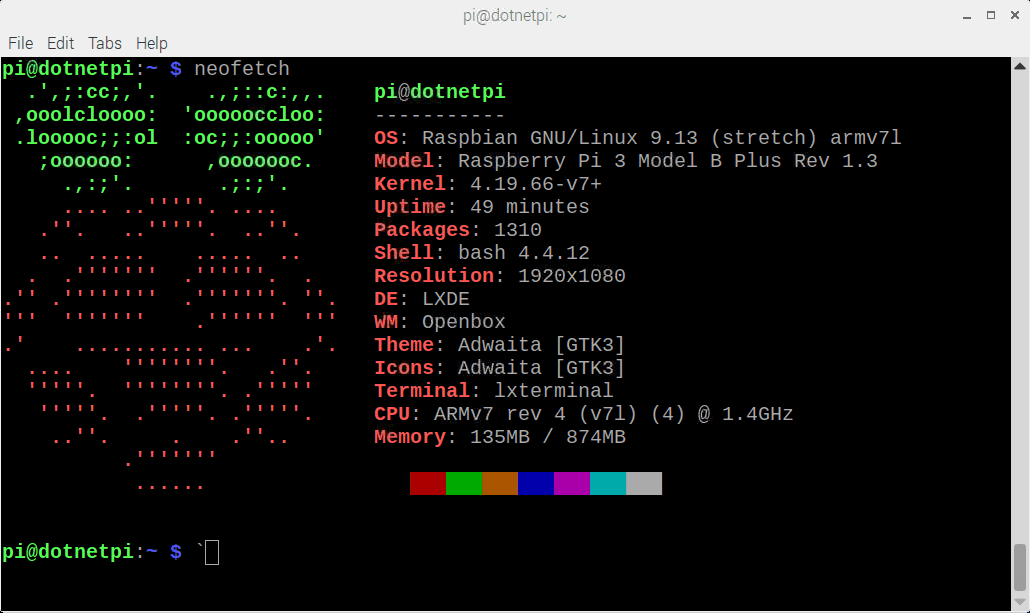 Running on a Pi4 using Buster shows the following